□ Sungkyunkwan University (President Dong Ryeol Shin) held the signboard hanging ceremony of the ‘Enterprise Organization of National Program of Excellence in Software’ at the Semiconductor Hall of the Natural Sciences Campus on July 19, and wished for a successful promotion of the project.

□ The ceremony was held with key figures such as president Shin Dong-ryeol, educational foundations, and university department heads. Starting with President Shin Dong-ryeol's welcoming speech, it led to a congratulatory speech by Joo Young-soo, a executive director, and an introduction of enterprise organization and declaration of vision by leader Lee Eun-seok.

□ In the welcoming speech, President Shin Dong-ryeol said, “We expect Sungkyunkwan University to leap forward as a leading global convergence university using the SW-centered university project as a stepping stone,” adding, “We will actively support the industry-academic-linked education ecosystem to become a global model based on cooperation between universities and companies.”

□ Sungkyunkwan University was selected as the target of the first phase of the SW-centered university project in 2015, achieving accomplishments such as strengthening new technology education and differentiated software curriculum, and achieving a feat of being consecutively selected for the second phase of the project in 2021.

□ Lee Eun-seok, Dean of SW university, said, “In the second phase of SW-centered university project, we will stand as a leading university for SW convergence by upgrading and spreading SW education innovation models and expanding cooperation between universities.” 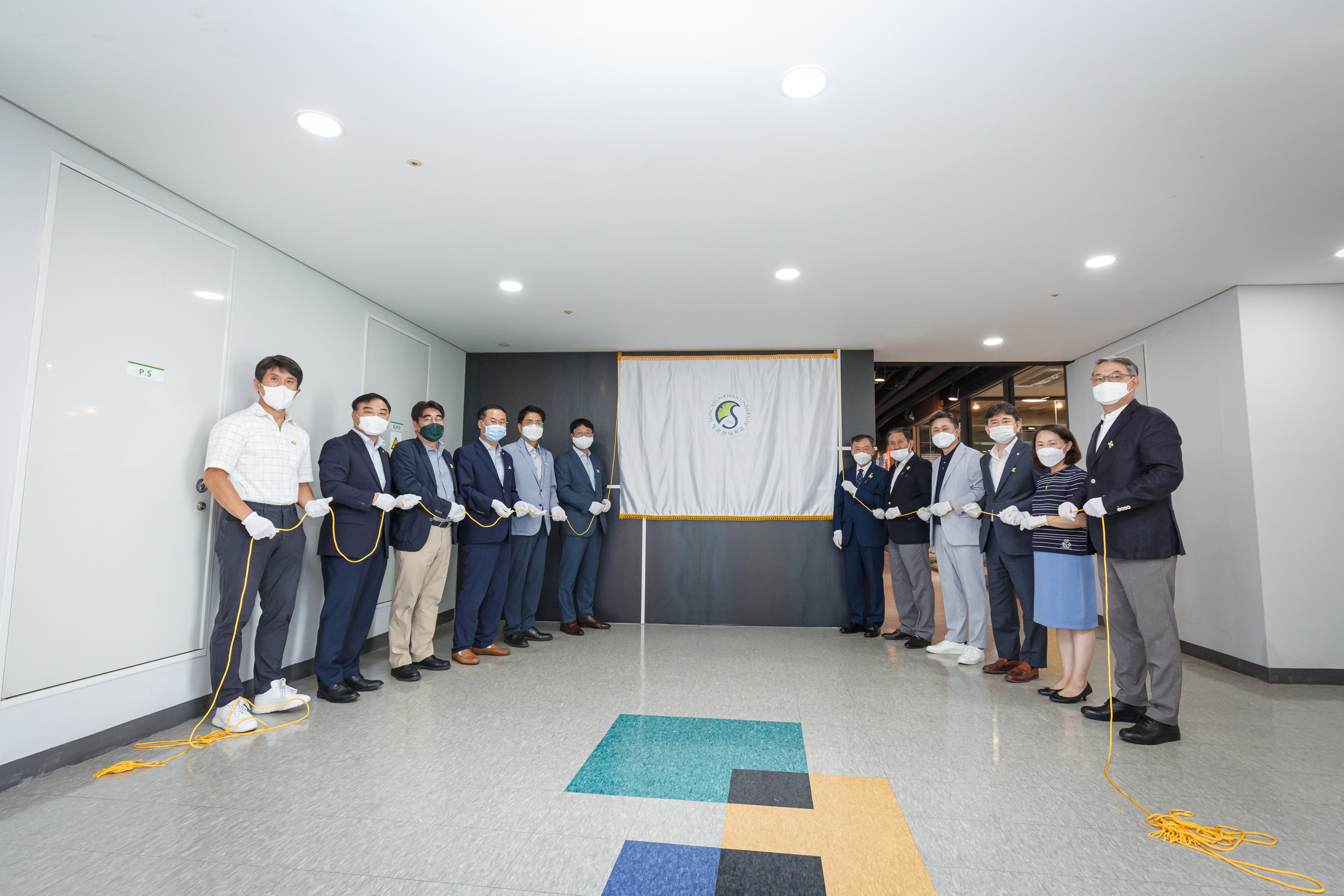 [A commemorative photo of the signboard ceremony.jpg]

[Shortcuts to the original article]